Ensuring fresh food is tasted rather than wasted 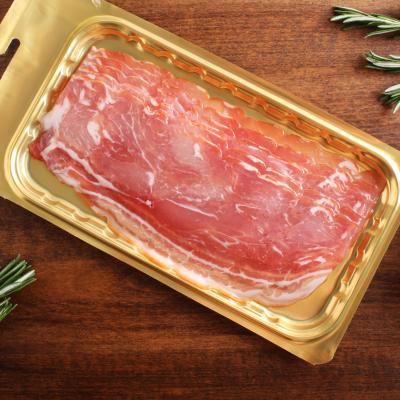 Every day, food is thrown away, and its packaging generates millions of tonnes of waste. The CBE JU-funded BIOSMART project found ways to reduce food and plastic residues as well as extend the life of fresh products.

Globalisation has produced a paradox in the food industry: while vastly expanding the range of products on store shelves, it has contributed to greater amounts of food going unconsumed by making it more abundant and lengthening the journey from farm to fork. Almost a third of all food produced is squandered or lost, according to the United Nations World Food Programme, even as hundreds of millions of people around the globe face hunger.

In the European Union, legislation requires that most pre-packed foods display a date indicating a threshold in their safety (‘use by’) or quality (‘best-before’). As part of a general review of food-labelling rules, the European Commission is considering a proposal to abolish the use of ‘best-before’ dates altogether.

From pasture to plate, numerous factors affect the lifespan of fresh produce. These include pre-harvest conditions, such as the amount of rainfall or sunlight, and post-harvest ones like temperature changes and even road vibrations as food are transported by lorry.

The problem of waste extends beyond the food itself to include the packaging, for which the industry generates lots of plastic.

A team of scientists used its material-chemistry expertise to develop the CBE JU-funded BIOSMART project, which aims to cut down on the copious amounts of plastic wrappings used for food as well as to extend the shelf life of fresh products.

‘Food waste is one problem - plastic is the other,’ said Dr Amaya Igartua, who coordinated the project. ‘We have a situation where existing compostable materials aren’t strong enough to protect the product, so we use plastics.’

Food waste is one problem - plastic is the other.

Hardly any food packing is compostable, and many plastic forms are not recyclable.

One of Igartua’s solutions was to engineer more durable bio-based materials solid enough to carry food but able to break down afterwards.

A second goal was to design packaging using only fully compostable or recyclable materials. Containers are often composed of multiple types of plastic and may include aluminium, complicating any recycling.

BIOSMART was encouraged by early test results, which signalled the direction for the next generation of compostable or recyclable food packaging.

The project also found the public to be receptive. Now the plan is to increase investments and expand research to get these packaging products into shops.

BIOSMART is also tackling food waste by using sensors that detect marginal differences in the gases - oxygen, amines and carbon dioxide – inside the packaging. The gas-level changes, detected by sensors printed inside the packaging, affect the food’s condition.

Increased levels can hint that a product is going off, providing accurate, real-time, information as opposed to an arbitrary ‘best-before’ date. The concept has already been tested for packaging containing cheese, ham and fish.

In time, Igartua hopes this technology will help distributors and consumers reduce the amount of food that is thrown out.

Ultimately, she believes it could also help revolutionise how food is both sold and stored. To get to that stage, her team is working with academic and industrial partners around Europe to finance the next step of the work.