Alba Serrano Garcia and Patricia Marco Gaya presented their project on fossils' resistance against climate change to different actors in the bioeconomy sector and representatives of the European institutions last week in Brussels.

The 17-year-old students from the Colegio Santa Maria in Vila-Real (Spain) were awarded the Bioeconomy Prize at the European Union Contest for Young Scientists (EUCYS) 2021 in Salamanca, Spain.

Since 2016, CBE JU has supported the contest by sponsoring the bio-based prize. The winning project must reflect three key principles of the bio-based economy in using raw materials of biological origin in such a way that is sustainable, renewable, and innovative, whilst at the same time promoting scientific research and raising environmental awareness.

The young women scientists studied the Triops cancriformis eggs and their resistance to high temperatures. Alba and Patricia examined the eggs’ structure to explain why they resisted extreme climate conditions and kept their appearance intact for over 200 million years.

To define the chemical composition of the fossils, they used two different methods: thermal analysis of up to 1,000°C and microscope electron scanning of the fossil. They proposed to replicate the eggs’ shells as a new material to enable resistance to climate change for various products such as home insulation or fire proximity suit.

Visits to European Institutions and projects

Patricia and Alba started the week in the CBE JU's office, introducing their scientific research to the team and learning more about the organisation’s work advancing competitive circular bio-based industries in Europe. 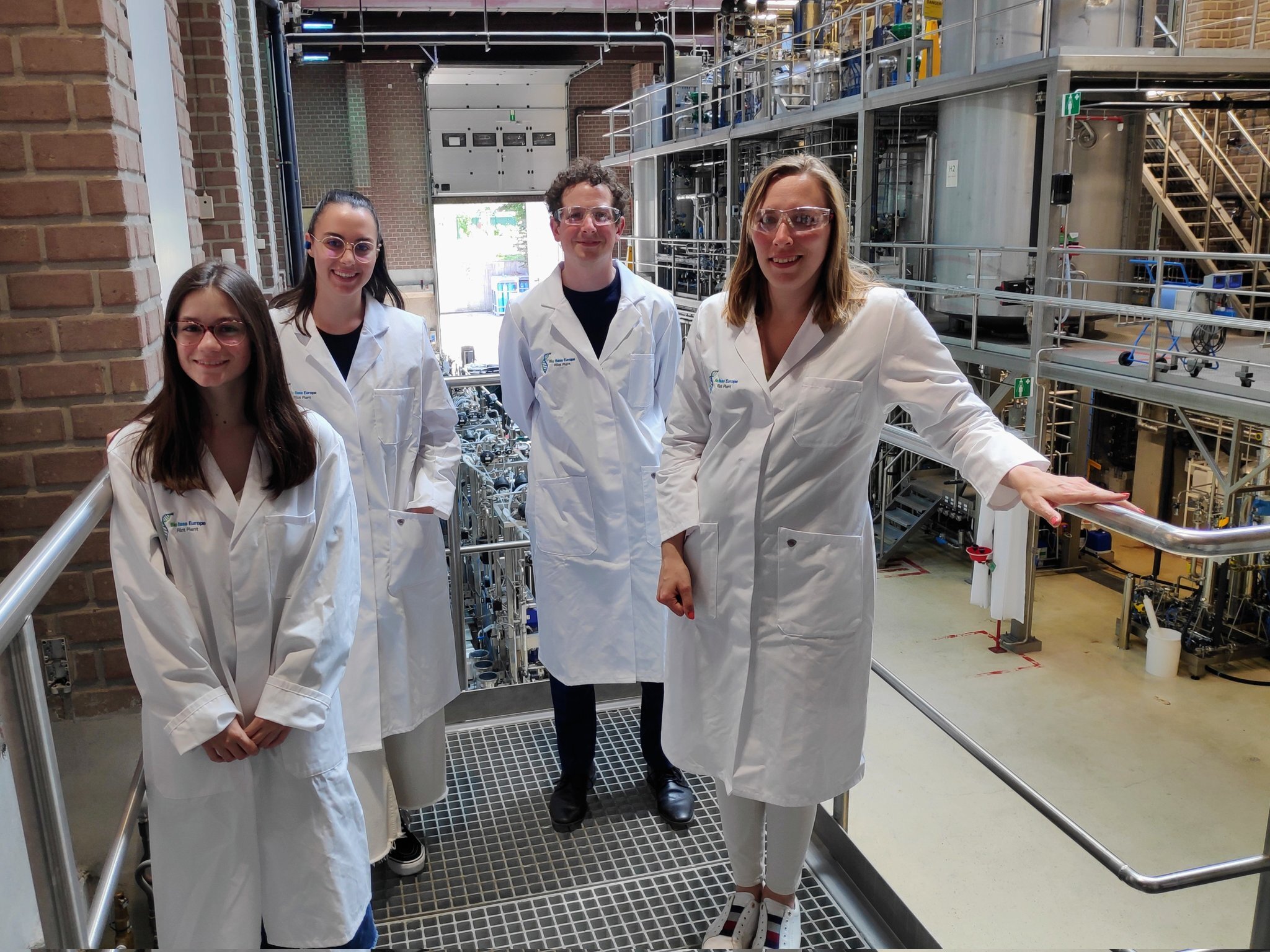 In the afternoon, they traveled to Ghent for a guided tour of the Bio Base Europe Pilot Plant, a beneficiary in 16 CBE JU-funded projects. The agenda also included visiting the CBE JU-funded flagship biorefinery in Sas van Gent, the Netherlands. Developed by the PLENITUDE project, the plant will soon produce sustainable bio-based proteins for the food market.

The next day, Irina Reyes (Member of the Cabinet Mariya Gabriel, Commissioner responsible for Innovation, Research, Culture, Education and Youth) and Kristin Schreiber (Director for Ecosystems within DG GROW and CBE JU Governing Board member) welcomed the EUCYS awardees to their offices. The winners discussed with the European Commission representatives how to empower young women to pursue STEM careers through European mobility programmes.

Spanish socialist MEPs Cesar Luena and Clara Aguilera welcomed the young students to the European Parliament where they discussed the findings of their project and encouraged them to keep working on their promising bioeconomy research.

Before returning to Spain, Alba and Patricia started the fourth day of their visit with an exchange with CBE JU Scientific Committee member, Teresa Alvariño, and CBE JU Programme Officer, Pilar Llorente. They provided an overview of CBE JUs work and discussed the potential market applications of their winning research.

To conclude their week in Brussels, they met with the Bio-based Industries Consortium (BIC) executive team. BIC’s Executive Director, Dirk Carrez, shared his bioengineering research experience, and Director of Programming, Nelo Emerencia, explained how BIC is raising awareness about the environmental benefits of the bio-based industries among younger generations with initiatives like the Bio-based Innovation Student Challenge Europe competition.

After recently graduating from high school, Patricia and Alba will start university in September. During the trip, they obtained motivating feedback from the various bioeconomy interlocutors on how to continue their promising research in the coming years.

We are very grateful to the CBE JU team for this trip. We have enjoyed and learned a lot at the same time. It has been an unforgettable experience!

The EU Contest for Young Scientists accepts project entries from contestants working in any scientific field aged between 14 and 20 at the date of the contest. An initiative of the European Commission under the Science and Society programme, it was set up to promote the ideals of cooperation and information exchange between young scientists.

The national organiser must nominate projects in each participating country. Typically, they are the winners of contests organised at a national level.

It gives students the opportunity to:

In September 2022, Leiden will host the 33rd edition, and CBE JU will continue sponsoring the bioeconomy prize. Young international talent will enjoy a week full of activities open to EUCYS participants and the general public.