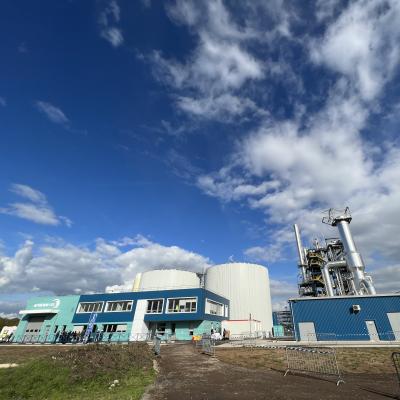 The CBE JU-funded AFTERBIOCHEM project inaugurated its first-of-its-kind biorefinery in Saint-Avold, France. The new industrial plant by AFYREN NEOXY will produce sustainable bio-based chemicals and fertilisers with a fully circular and zero-waste process. CBE JU Executive Director Nicoló Giacomuzzi-Moore stressed the value the new plant will bring to the region and the environment. This is one of 14 biorefineries the public-private partnership is helping to deploy in Europe.

Europe has a new industrial biorefinery. The AFYREN NEOXY’s new plant was inaugurated on 29 September 2022 in Saint-Avold, France, by all the partners involved in the project. The first-of-its-kind biorefinery will produce bio-based organic acids from the leftovers of the sugar beet industry that cannot be transformed into sugar. These chemicals are present in our everyday life as ingredients to extend the shelf-life of food, reduce antibiotics in feed and as aromas in cosmetics.

70% of the plant’s target production of organic acids has been pre-sold. In this zero-waste process, the sidestreams also have value, given that they will be used as bio-based fertilisers for organic farming.

The CBE JU Executive Director ad interim Nicoló Giacomuzzi-Moore celebrated the completion of the biorefinery, which is the core of the AFTERBIOCHEM flagship project receiving €20 million of CBE JU funding, by saying:

This new biorefinery is a great example of the innovative bio-based industry we are already deploying in Europe: circular, sustainable, and competitive. Proving that we can substitute non-renewable fossil fuels with biological resources to produce organic acids for multiple applications is even more important given the current international context.

The innovative French company leading the AFTERBIOCHEM project, AFYREN NEOXY, acknowledged the pivotal role of the CBE JU funding in successfully scaling up their concept from pilot to industrial scale. 'We thank the institutions trusting us four years ago when we only had the idea tested at pilot scale, and, in particular, to CBE JU for the vital support via the AFTERBIOCHEM flagship project that made this green industrial site possible' said AFYREN NEOXY President Jean Saint-Donat. 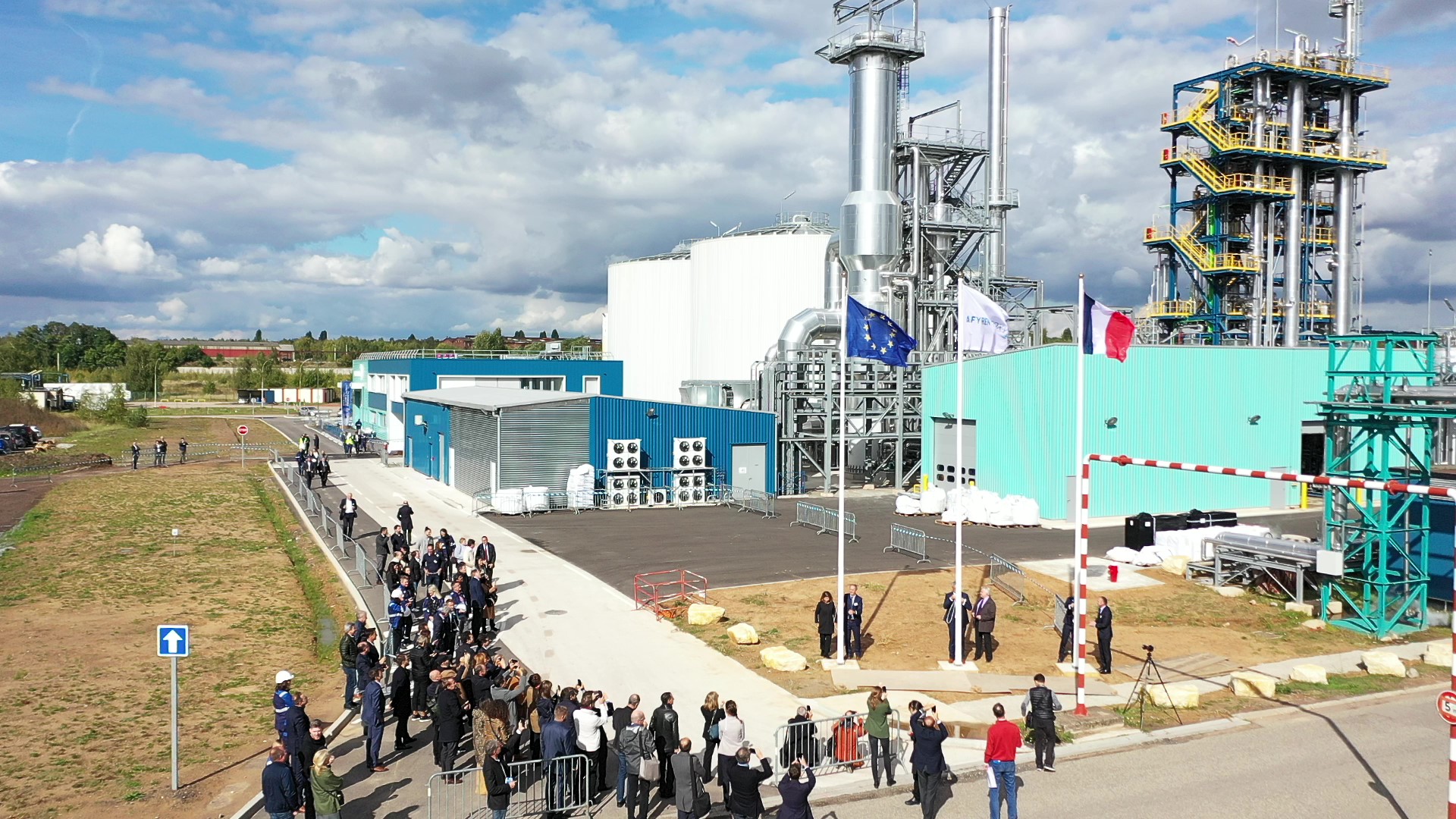 The European, French and AFYREN NEOXY's flags were raised to inaugurate the first-of-its-kind biorefinery in France.

The president of the Grand Est region, Jean Rottner, highlighted the power of attraction of foreign investments to Europe in the CBE JU-funded projects at the ceremony:

I would like to thank CBE JU for the European support to the Grand Est region. The CBE JU funding has attracted big investments to the EU in Saint-Avold from outside the continent thanks to the AFTERBIOCHEM & RESOLUTE flagship biorefineries.

The EU is the world’s largest producer of sugar beet. The sector currently supports 140,000 sugar beet growers and around 27,000 direct jobs in sugar beet processing. The AFTERBIOCHEM project has completed the first all-in-one biorefinery for transforming the sugar industry’s sidestreams – mainly pulp and non-food waste – into bio-based molecules of industrial interest. This will increase the economic and environmental sustainability of the sugar beet industry. In addition, the process will be flexible enough to adapt to alternative feedstocks in the future.

The project started in April 2020 when AFYREN NEOXY brought together 12 key bioeconomy players to develop a flagship biorefinery in Europe. The project was awarded a CBE JU grant of almost €20 million out of an estimated total cost of €33 million.